Son of prima ballerina Helene Musilova and famous American film “secret agent” Eddie Constantine, I was raised on a farm surrounded by horses – while playing violin and dancing in the Paris Opera Ballet School, I was often on my father’s film sets.

This unique upbringing, gave me an abiding love of music, acting and horses. Traveling far and wide, exploring different life paths – at age 17, I took over the management of The Kabuki, one of Paris’ first Japanese restaurant created by my mother, and kept it until 1990.

My love of horses led me into the polo world, where I played in three consecutive French championships. My passion for this exciting sport inspired me to write a song and a screenplay about it.

I’ve personified a number of characters in movies such as cowboys, lawyers, businessmen, thugs, secret agents, and so on. More details about my roles.

Because of my particular upbringing, that of a totally bilingual French / American, I’ve recorded a great number of international advertising campaigns, many documentaries, audio books and corporate films. More details on my voice page.

I developed my taste for “gypsy” music while studying guitar in L.A. listening to Django, drawn to its mix of swing and richness, rock energy and melodies that make up this irresistible jazz.
It is said I’m a true crooner, a modern gentleman who will take you on a grand tour of Manouche-Land ! More details on my one-man-show. 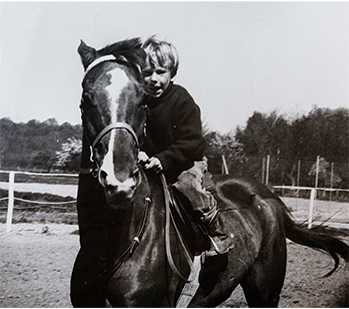